Threat hunting is an activity in which cyber security team members proactively look for indicators and artifacts of potential compromise that may not be covered by existing tools or might have bypassed existing controls. It’s the flip side of reactively responding to suspicious events. This can be a value-add activity to any security program. I’m a fan. 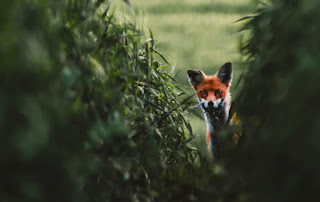 That said, threat hunting also can be an isolated activity that distracts otherwise productive time in pursuit of that ever elusive cool factor around threat hunting. The key is to put threat hunting in the right contexts to be successful.

There is no good order for prioritization of these contexts as they are somewhat intertwined.

Incident Response: Building a threat hunting capability should be the next step after building a robust incident response capability and then it should remain closely tied together thereafter. If threat hunting finds indicators or artifacts of compromise, you’ll need to respond to whatever is found. Threats that just end up on some unprioritized backlog don’t push the cyber security program forward.

Automated Observability: Most articles describe threat hunting as a very manual, somewhat undirected process. It can be...both. These same articles and posts invoke mental images of an anlyst pouring through reams of log data looking for…well…whatever they might find.

A more productive and measurable approach might involve increasing your observability (meaning things that you can see and generate alerts) in an automated way. Codifying your hunts into repeatable SIEM rules and alerts will bring value not just for a given hunt but also provide a rule that will always be hunting even when you are not. No more manual activity needed to find the codified governance activity.

How many proactive rules have been created? What are the goals? What is the current and future state of observability?  Which of the new rules have fired?  The sky is the limit.

By investing time in automation, you can clearly show present and future value for the cybersecurity program that would be difficult with a purely manual approach. You can also integrate tightly with threat intelligence indicators, audit results, and any red team input that you might have to prioritize your focus areas for rules.

Posted by Opinionated Security at 8:07 AM